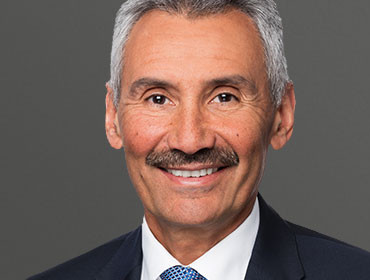 Zein Abdalla brings to Cognizant’s Board of Directors decades of experience having led and shaped large scale operations across the world as President and a manager of key divisions of PepsiCo.

Zein was elected to Cognizant’s Board in September 2015. Previously, from September 2012 through his retirement in December 2014, he was the President of PepsiCo, Inc., a leading global food, snack and beverage company. Before that, Zein served as Chief Executive Officer of PepsiCo Europe—a division of PepsiCo—starting in November 2009, and as President, PepsiCo Europe beginning in January 2006. He previously held a variety of senior positions at PepsiCo since joining the company in 1995, including General Manager of PepsiCo’s European Beverage Business, General Manager of Tropicana Europe and Franchise Vice President for Pakistan and the Gulf Region.