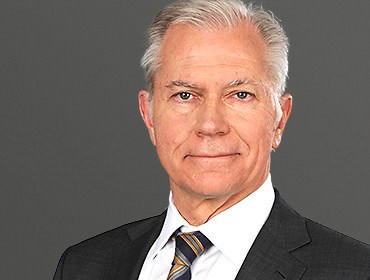 Former Chair of Cognizant’s Board of Directors; Former CEO of Stroz Friedberg and Former Chair, the Americas and Senior Partner of McKinsey & Company

Michael Patsalos-Fox brings decades of experience counseling clients in the technology and consulting space to Cognizant’s Board of Directors, gained from his 32-year tenure in senior roles with McKinsey & Company and his role as CEO for Vidyo, as well as expertise in the cybersecurity space from his experience as CEO of Stroz Friedberg.

Michael joined Cognizant’s Board in July 2012 and served as Chair of the Board from September 2018 to January 2023. He is the former Chair of the Board and Chief Executive Officer of Vidyo, Inc., a video telehealth platform provider, a position he held from 2014 to 2019. He is also the former Chief Executive Officer of Stroz Friedberg, Inc., a global cyber security firm, a position he held from 2013 to 2016.

Until February 2013, Michael was a Senior Partner at global management consulting firm McKinsey & Company, where he worked for 32 years. During his tenure at McKinsey, Michael served on its Board of Directors for 12 years. He also served on the firm’s Operating Committee. Michael led the Americas Region, the New York and New Jersey offices, the North American Corporate Finance and Strategy practice and the European Telecoms practice. From 2009 through June 2012, Michael led McKinsey’s new business growth opportunities around data, analytics and software.

Born in Cyprus, Michael has lived in Australia, Switzerland, the United Kingdom and the United States. He holds a bachelor’s degree in computer sciences and pure mathematics from Sydney University in Australia and a Master of Business Administration with distinction from the International Institute of Management Development in Lausanne, Switzerland.