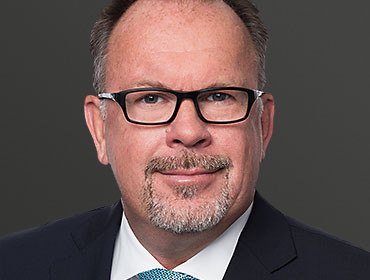 John M. Dineen brings to Cognizant’s Board of Directors broad experience from having managed several key business divisions of General Electric and extensive experience in the healthcare industry from having served as President and CEO of GE Healthcare.

In his 28 years at GE, John held leadership roles in several industries around the world. During the late 1990s and early 2000s, he held several international management roles while based in Asia and Europe. John then moved back to the United States as Vice President and General Manager of Plastics at GE Advanced Materials. In 2005, he was named President and CEO of GE Transportation, a leader in railroad locomotive and train control technologies.

John was elected Chair of the Board of Directors of Syneos Health, Inc., a multinational clinical studies contract research organization, in December 2018. He also serves as an Operating Advisor of investment firm Clayton, Dubilier & Rice, LLC since 2015. Additionally, he serves as Chair of the Board of two of Clayton’s privately held portfolio companies: Healogics, Inc., a provider of advanced chronic wound care services, and Carestream Dental, which provides imaging, software and practice management solutions for dental and oral health professionals.

John has bachelor's degrees in biology and computer science from the University of Vermont.